Can diet and exercise be used to treat Alzheimer's Disease?

In the December 2018 issue of Discover magazine I read an article about a man who claims that Alzheimer’s disease can be reversed through a protocol of intensive diet, and exercise. The man’s name is Dale Bredesen. He is a professor of neurology at UCLA.

He has a protocol that is designed as a comprehensive personalized program that aims to reverse the biological causes of cognitive decline and early Alzheimer’s disease. Basically, he gives them a whole bunch of tests, and then designs a completely different lifestyle for each of his patients based upon the outcome of the tests. He says that when he puts his patients on these protocols their symptoms greatly improve, and sometimes disappear altogether.

The protocol includes getting at least eight hours of sleep, fasting at least 12 hours a day; patients usually don’t eat anything after 7 PM until the next morning.

Aerobic exercise for 30 minutes to 60 minutes at least five times a week.

Cutting out high mercury fish from the diet which includes tuna, shark, and swordfish.

The article also mentions that he puts his patients on supplements, but it doesn’t state what the supplements are.

Do you think it’s possible that such a protocol could reduce, or eliminate the symptoms of Alzheimer’s disease? The article mentions a couple other top doctors in the field who feel that there is enough anecdotal evidence that the possibility deserves serious study. What do you think? Do you think this guy might be onto something, or is he offering false hope?

There was some evidence in the presentation at the games for health recently. i know its mice but shows the difference for stalls pre and post high fat diet, slide 28.

Thank you for posting the slide presentation. Am I to understand that now seven catchers can identify stalls as well as the expert? If that’s the case, have you ever looked at whether individual super catchers are better than the expert at identifying stalls? Although come to think of it, how do you determine that the crowd is better than the expert?

If the expert decides which vessels are installed, and which are flowing, how can the expert be wrong? Have there ever been cases where movies that were used to measure sensitivity eventually turned out to be misidentified?

Getting back to my original question. So the data show that a high-fat diet increases stalls. Have you ever looked at whether putting the mice on a low-fat diet after being on a high-fat diet decreases the number of stalls? Is there a video of this presentation somewhere?

Mike, regarding the question posed in your first two paragraphs above, check out this older blog posting, especially the section on revalidation. https://blog.eyesonalz.com/behind-the-scenes-quiet-before-the-storm/
Hope that addresses the question for you, at least partially. Best,
Mike C.

Thank you for the link Mike. I should’ve known it had something to do with confidence intervals. Statistics is definitely not one of my favorite subjects. I’m quite sure there’s a whole lot of statistics going on in the background.

Thank you @caprarom for sharing the blog - yes, hopefully that answered your questions about crowd answers @MikeLandau!

Regarding the question of whether low fat diet can reduce Alzheimer’s symptoms - no, as far as I know, our collaborators at Cornell have not done any experiments of the kind, so not sure how true could that be.

I am in the process of interviewing the lab about the high fat diet results, so hopefully I can share more soon! I think there were more interesting findings from the data that you catchers analyzed, beyond the fact that a high fat diet does in fact increase the incidence of stalls.

@MikeLandau, by the way, do you have a link to the said article?

also, @MikeLandau, unfortunately we don’t have a video of that talk

I read the article in the magazine, but I did find that it’s also posted on the Internet.
Here is the link. 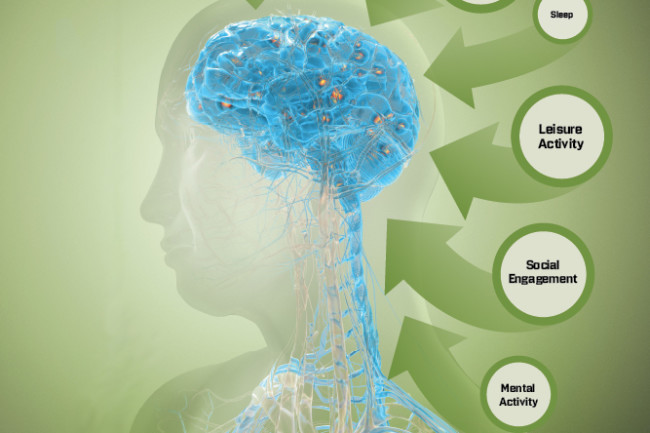 A New Treatment for Alzheimer's? It Starts With Lifestyle

Okay, it would be nice if we had a section just for videos on the website, so future videos would be easily accessible if that’s possible.

Here’s what @Chris_Schaffer said about some of your questions in the original post, @MikeLandau:

Regarding exercise: We are planning to test if regular exercise leads to decreases in capillary stalling and improved brain blood flow in the Alzheimer’s mice. Other researchers have shown that giving Alzheimer’s mice regular exercise leads to improved cognitive performance and decreased brain pathology, but the mechanism is unclear. If a running wheel is placed in the cage mice are housed in, they will run for miles a day, so it is pretty easy to expose them to significant exercise. We are planning studies now where we would look to see if mice given the opportunity to exercise have decreased incidence of capillary stalling and improved brain blood flow, and whether this is correlated to improved cognitive performance. This would make a good undergraduate research project. Regardless of what we find, it will still be a good idea to get regular exercise and eat a healthy diet!

The other thing I was wondering was have you looked at amount of sleep, and the number of stalls in blood vessels? I have read that not getting enough sleep may be a factor leading to Alzheimer’s, so I was wondering if there’s any research about it in mice.

What is the measure of cognitive performance that is being used in your studies? Have you done any research as to whether a cognitively stimulating environment has any effect on the number of stalls in mice? That’s another variable that would be interesting to look at. I have heard about studies in which mice raised with toys to play with grow more axons than mice raised in a boring environment with no toys to play with, so I was wondering if cognitive enrichment would effect the number of stalls present in blood vessels.

We have not yet examined the impact of sleep duration or quality on the rates of capillary stalls. Monitoring and disrupting sleep in mice is tricky to do well and we would need an appropriate collaborator, I think. We did take an initial look to see if there were differences in the number of capillary stalls after a period of wakefulness as compared to after a period of sleep. We did not see a strong effect, although there was a trend toward more stalls after a period of wakefulness. We have not yet followed up on this, mostly due to other priorities.

We measure cognitive performance using a battery of relatively standard tests. The ones we use include: the novel object recognition test, the object replacement test, the Y-maze test, and a few others. These tests tend to take advantage of the natural curiosity and exploratory behavior of mice. For example, in the novel object recognition test, the mice are placed in a box with two objects (which they tend to spend much of their time exploring). After a few minutes, we take them out of the box for about an hour. We then put them back in the box, but exchange one of the objects for a new object. Mice tend to spend more time exploring the new object, if they have formed a memory of the first objects and recognize the new one as being new. So, mice with impaired cognitive function spend about the same amount of time exploring the old and the new object, while mice with intact memory function spend significantly more time exploring the new object.

We have not tested the impact of a cognitively stimulating environment for the impact on capillary stalls. We do house all our mice in groups and with toys (this is pretty standard housing conditions), but I’m not sure this is truly “cognitively stimulating.” So, right now, we do have minimum cognitive enrichment and the stalls are still there. I’m not sure how to make the mouse housing conditions robustly more cognitively engaging for the animals. This has been done with rats, which were housed in large groups with a lot of dirt where they could build warrens, and led to remarkable cognitive and neurological differences. Mice are less social animals, so it is not clear such housing options would work well.

Thank you for these suggestions. They would each be interesting to pursue.

Thank you for your reply. My only other thought was that maybe you could try operant conditioning as a measure of memory performance. I know that rats and hamsters can be trained to press a bar for food, but I didn’t think it would be possible to train mice to do that, but apparently based on this article that I found it is possible to train a mouse to press a bar for food. If it is possible to train the mice to learn an operant conditioning schedule, then you could see if there was any difference in memory performance between the old versus new object task which you describe, and memory for reinforcement schedules. It might be that memory for a schedule is different than memory for an object. It would be interesting to find out even though I realize that studying memory performance is not really the main goal of your research. Do you think that the Alzheimer’s mice would be able to learn to press a bar for food?

If you’re interested in the article that I found about teaching mice to press a bar for food, here is the link.

Habit formation refers to the process by which goal-directed behavior becomes automatized and less sensitive to changes in the value of the goal. It has clear relevance for our understanding of skill learning and addiction. Recent studies have begun...