I’ve never noticed it before… There are at least four vessels, maybe five, that flop over from right to left, most in the upper left and one below the center area. Has anybody seen that before? What caused it? Why was it (apparently) instantaneous? Does it mean anything to the research?

Thanks for any replies…

According to @pietro: “that is very interesting. it is a vertically sideways U-shaped vessel i think. you are scanning down vertically, so imagine an elongated door handle - C-shaped on its side”

I am personally not very good at spatial thinking but maybe it’s something like this only um… more…?! 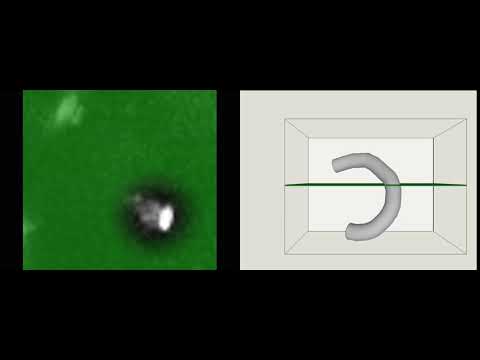 Obviously this is from the times when we used to mask vessels differently, so harder to see…

Here’s another differently shaped one: 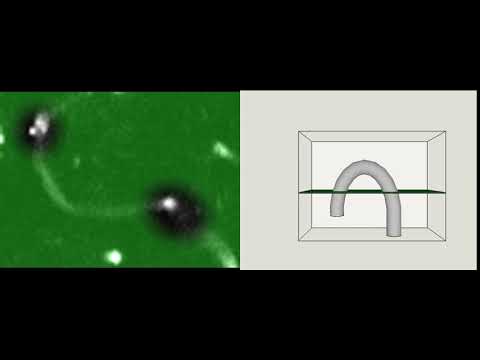 Not sure this helps much – maybe @pietro, @Chris_Schaffer, @nn62 will turn up to explain better

But looking at it again it looks weirder than just a complicated 3D shape. It’s like the movie was stitched together weird. Ecept it should come from a single x-y “frame” of images taken, with only the layer changing - z; it also doesn’t look like the mouse moved / was moved, because the outlined vessel and ones near it don’t change position relative to the outline…

@Plenum, I got an explanation about your movie from Mohammad of the Cornell lab (@mh973), who writes the algorithms that preprocess the movies:

Mouse head was loose during the imaging, mouse breathed, very dramatic motion artifact in the image, algorithm fixed it up to a certain point but after that movement was so much that algorithm gave up.

Thanks sepulte and Mohammad for your replies. Makes more sense, now.